This project in Essex entailed taking our dredging equipment down a very narrow passage, which many contractors cannot do. On the site we had to protect tree roots on some trees that had prevention of damage orders on them.

Prior to beginning the dredging work, the project was surveyed due to lack of space to place the extracted material on site. This due to the levels of the terrain. Also totally removing the silt off sight was too costly for the owner.

We provided the solution – putting some of the material on shore, then the majority was placed behind geo-textile fabrics to create an underwater stepped structure. The owner had to loose some of the area of the pond, but it allowed us to make the depth of the central area of the pond deeper than it otherwise would have been.

For this project, we used a combination of silt pumping and conventional dredging.

The client was very pleased with the result!

Recently we were contracted to desilt the Ornamental Pagoda Pond at Alton Towers.

Due to the difficult site access, we were the only choice for the them. The project involved using micro pontoons to remove weed from the lake, using conventional dredging methods, moving the material to the side of the lake.

From here it was transported by dumper to another part of the park for composting. We then desilted the lake around the edges using our silt pumping methods.

The main criteria of this desilting project was to not make any mess, as it is a very well kept estate. Due to this requirement, and that our working area was at the far end of the lake, all our desilting equipment had to be manouvered through a small gate and then floated across the lake.

At this end of the lake there were reed beds extending out 9-10 meters from the shoreline.

From our pontoon, we dredged within the lake, removing the reeds depositing them onto the pontoon and then dropping them off at an agreed spot on the shore where they could be removed for composting.

Once the reeds had been removed, we silt pumped the area, with our pipework floating across the lake (around 150-200 meters) and then we pumped the material into a tanker. The tanker itself could not ‘suck’ the silt as the material was too dense.

The other reason for using a tanker was because the client had no immediate area to deposit the silt and we could not use any other method to remove the silt. Once the tanker was full, it removed the silt to an out-of-sight area on the estate where the silt could be deposited.

At the end of the project the customer was extremely pleased because there was no mess, or damage to the grounds, and you couldn’t tell we’d been there.

During the project we pumped in the region of 300 tonnes of silt from the lake.

Get In touch below. Ask Any Question or Start a Free Quote

The fire lake (one amongst several) is there to provide water to the West Thurrock Oil Terminal. For such a critical application, as much water as possible would be needed in an emergency. This particular lake had silted up over time, as it is regualrly topped up by pumping fresh water straight from the river Thames. Therefore it’s water capacity had reduced quite considerable.

As the terminal is live and has fuel tankers coming and going all day long, the client didn’t want a desilting crew interfering with those operations. All of our operations were conducted from outside the terminal boundary.

Conventional dredging on this project was impossible because of the proximity of buildings and a working oil terminal.

So with only one point of access, our silt pumping system was the only option left open. But even that caused difficulties as all our equipment had to be craned onto pontoons. From there we did our desilting operations, floating our pipe across the fire lake, through the single access point and out into a nearby field, where the silt was deposited.

Across the whole lake the silt was around 1 meter deep. By removing the silt, the capacity of the lake was increased by approximately 220 gallons per cubic metre.

At this lake near Norwich, the silt build up was on a side of the lake, not accessible by land.

To remove the silt from that side we used our pontoon and pumping system. We pumped the silt across the water (through our floating pipe) to the silt deposit area in the woods.

There are many stately homes around the country. Many having formal ponds that, just like a natural body of water, will silt up over time.

Due to a covering of weed on the side walls of this pond, we initially had to drain it. This was no problem for our pumping system.

We then pressure washed the walls, and using the same pumping system, we the removed the silt from the bottom of the pond.

Small Lake in the Cotwolds

This lake in the Cotswolds was choked up with weed and had a large silt build up around them.

All the weed had to be conventionally dregded to remove it and was taken away for composting.

The project then required us to desilt the lake and pump the silt to a nearby field. Here it was used for composting, once it had dried out. There wasn’t a lot of topsoil on this field, so the farmer was happy to get the nutrient rich silt to replace the topsoil that had been washed off the field in years gone by.

Because of the lay of the field, with dips on either side, we were able to pump the silt to the highest point and let the silt disperse down the field, negating the need for bunding or contaiment of the silt.

Approximately 600 cubic metres of silt was pumped from the lake.

At Kane Foods, the reed filter bed, filters the solid waste of the manufacturing process. Over time, the reeds had become ‘blocked up’.

The reeds needed to remain in place, so we were contracted to use our silt pump to remove the solids from around the reeds, leaving the reeds in place.

The silt was pumped to tankers to be taken away for composting. As we didn’t want to fill the tankers with more water than waste, our pumping system was ideal as it pumps upto 80% solids to 20% water. 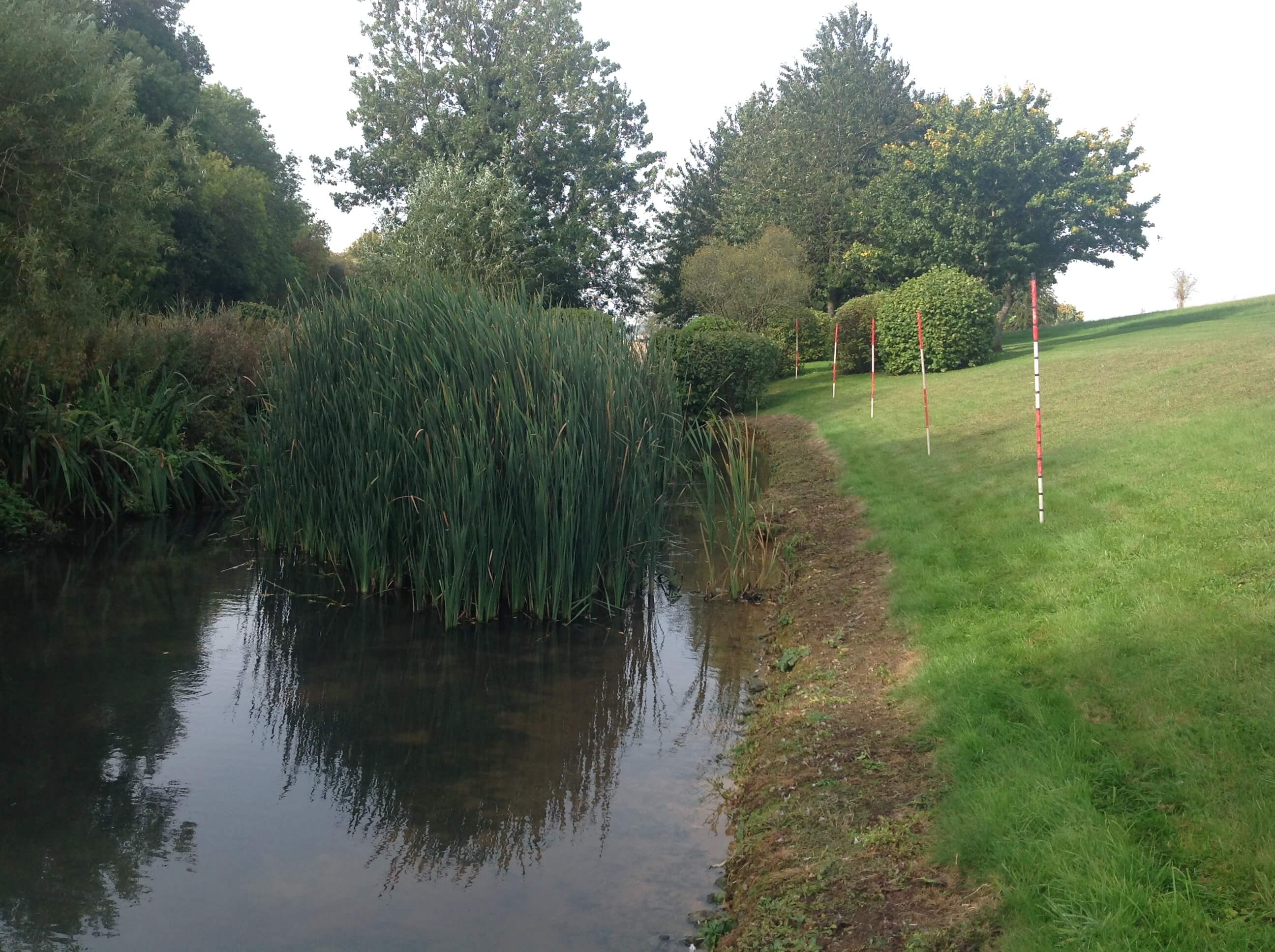 Get In touch below. Ask Any Question or Start a Free Quote